Is it Lawful to Divorce 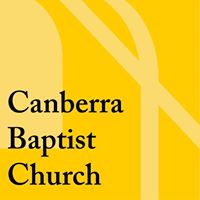 Canberra Baptist Church
Is it Lawful to Divorce

Is it lawful for a man to divorce his wife?

The question posed to Jesus in our text today from Mark continues to be asked in our time though perhaps not in the particular form it is here.  It’s a serious question for us because more than one in three marriages breakdown.  All of us here would have experienced or known or heard about stories of divorce and as a divorce and family lawyer I can’t begin to describe to you the pain and anguish my clients would carry: some completely devastated, some heartbroken, and of course some extremely angry wanting their day in court, wanting to bring justice and judgement to the other party.  And today our text demands that we look at it … and I hope today we can get something of a Christian view of it.

Of course, the question posed to Jesus was a legal question; it was a matter of the binding nature of the law of the time.  Is it lawful?  And today, the law is clear, that a man or a woman can divorce their spouse with the only requirement being that there is proof from one party that the relationship is irretrievably broken down, and that they have been separated for 12 months.

Several years ago, a party had to prove the nature of the breakdown, and provide evidence of fault, but now there is what is called no-fault divorce in Australia, meaning that a court does not consider any moral compass or any act whatsoever to justify grounds for divorce.  It is simply if one party says the marriage is over … and they have been separated for 12 months … they can then file for divorce.

Before we get to Jesus’ response it’s important to clarify the context of the question put to Jesus, to help us understand more fully his response.  The Pharisees come to test Jesus, to trick him on the basis of law, and they choose the issue of divorce because it was a live issue then.  And what was live about it wasn’t at all about whether it was legal, despite the question posed to Jesus, but it’s basis.

And the basis of divorce was spelt out in Deuteronomy 24 which gives three grounds for it to occur and even the formal procedure for it in the writing and delivering of the tractate or the Bill of Divorce about which Jesus refers in our text.  But there was still a swirling debate at the time of Jesus about how best to interpret Deut 24 and they were divided basically into several schools and two Rabbinic schools in particular one being more strict, and the other more lenient in terms of the divorce.  So here the Pharisees test Jesus but not really on a matter of law, but more so where his allegiance was in terms of divorce: was Jesus strict or liberal in his interpretation of Deuteronomy, should divorce be for something serious or did anything go?

So what was Jesus’ response.  Jesus’ response to the Pharisees acknowledged the context of the law about divorce but he goes beyond that. Jesus grounds his answer of divorce by giving context to what is marriage.  Marriage is a union of two people into one flesh …. something that is part of God’s created order … it is a divinely creative act, and no spouse should sever it.  It should not be severed because it’s set into the heart of God, ordained by God.

Jesus here takes a stand therefore by attacking culture and the very basis of divorce, the basis of the legality of divorce, and therewith he can divert the test as to which school he sides with.  Jesus says why should it happen at all – it is contrary to the very nature of what God intended.  Marriage is sacred ground, move beyond the trivial conditions for divorce, understand that marriage is something made in heaven.

And Mark then has Jesus give more clarity about this by removing Jesus from the Pharisees and going into the house of the disciples.  Here Mark is wanting to extrapolate teaching for his church on divorce.  And here is some radical stuff.

The first issue we should notice is that it was understood that divorce was always a matter of the man divorcing his wife, never a woman divorcing her husband.  There is some evidence of women writing out this so called Bill of Divorce, but this is the exception rather than the rule, and mostly adopted by the social elite.  It was not Jewish law.  Here in Mark, however, Jesus gives a radical elevation of the status of woman, unique in Biblical and Rabbinic literature.  Not only did Jesus reverse the norm about marriage – it is a man who leaves the home and we need to hear the radical background of that – but also in divorce – a woman could divorce.  So here Jesus smashes the patriarchy of the law and the practice of disempowerment of women in the church.

The next issue is this.  Besides breaking all patriarchal boundaries that kept women suppressed in marriage and in matters of divorce, Jesus then added that it was inappropriate where men and women divorced … to marry another.  Paul highlights this position in 1 Cor 7:10-11 and makes it clear that a party should not separate from their spouse … but if they do … then … this condition: they either should remain single or become reconciled to the other.  If they remarry accordingly under this rubric then they commit adultery.  That is a pretty clear mandate in Mark from Jesus and from Paul. And according to Ex 20 adultery was clearly prohibited and, in some instances, if we follow Lev 20 punishable by death, it was that serious.

So how should we read this condition, and how should we apply all of this for our day.  What can we say in forming a view as to a Christian view of divorce.  Firstly, we need to acknowledge that the issue of divorce is anchored around what was legal at the time – and we need obviously need to apply that and as we have heard there is no-fault divorce in play.  Divorce is legal.  Notwithstanding that Jesus gives a prophetic and theological position on the sanctity of marriage.  Marriage is a holy bond between two people.  It’s sacred, and it’s meant to be enduring, not severed.  We need to hear that and I want to refer to that in moment.

Secondly, we can say that for Jesus, while marriage was sacred ground, divorce happened and that was understood by Jesus.  We may have heard it said: ‘It is wrong to divorce’.  But here we can say it is incredibly sad and hurtful when couples separate, but not wrong; it was accepted by Jesus and while marriage is a sacred seal, there was and there is no legal prohibition.  In fact the gospel of Matthew refers to the situation when Mary was pregnant with Jesus that perhaps this might be the basis for Joseph to divorce her.  Jesus was nearly born in a split family.  But as we have heard there is a condition.  So what should we do about that?

It is difficult if we adopt a particularly literal interpretation of scripture, which of course would mean we put to death all divorcees who have remarried …. mm …but I think the way forward is to understand that it is an ethical position, with a key principle undergirding it.  And like all ethical positions in the Bible we can’t simply put an equal sign to them and say they should apply to us; rather, we need to understand that ethics are often situational and relevant to particular cultures and contexts and grounded with principles that sit behind them.  It is the principle we need to embrace.  And the ethical principal here is fundamentally about equal rights and respect. If divorce is the only option, then the manner of what transpires after that must be for good order, respectful order for couples, to establish harmony and in peace with each other and the community.  Remember the Markan community was a small localised household community of faith … the ripples of marriage crisis and divorce would have been felt acutely by everyone.  What was important and I sense what Jesus is advocating is an ethical principle of living in peace with each other.  That is the critical key for our day, and I suggest to you important for all divorcees.

Thirdly, what we should also take from this passage is that Jesus smashes any sense of male power and status by challenging the patriarchal basis of marriage and the practice of divorce. Women too can divorce.  This text therefore stands in sharp contrast to the typically cultural texts asserting the male dominance in the family.  That just doesn’t cut it now, but here we have some Biblical mandate to challenge it.  I remember during our pre-marriage counselling course the minister at the time endorsed the classic marriage idea by saying that good marriages are fostered when the captain rules and the foot-soldiers follow.  We nearly left.  Today it is about equality and here in this text we can find support for that: equality where couples work out for themselves what roles and responsibilities they will share in an inclusive mutual and respectful way. Here in this text there is a call for equal rights: women are not to be undermined and restricted, profound respect for each person made in the image of God is advocated, peace and harmony and the maintenance of good relationships the goal even when a couple say they cannot live with each any more in marriage.  That is something I believe we can take here and apply as Christian and important in all Christian marriages.

But the overall thread that we can take from Jesus’ stand here is to help us all know that marriage is something sacred, and for us to embrace the sanctity of it.  The frightening statistics of marriage breakdown should alarm us to the fact that something is wrong: we need to do more in terms of helping people understand what marriage is, and what positive long-term relationships look like, what love really looks like.

I struggle with the word love, and in premarital counselling it always comes up as to the reason why a couple should marry, the pat answer being ‘because we love each other!’  ‘Okay, but tell me what that looks like?  Ah … communicate well?  Yes … anything else?

What I like to say to couples is this: love is deep respect for the other.  Love is wanting the very best for the other.  Love is patient and kind as Paul continues, but practically loves means that a person seeks to do everything to nurture the other to be the best they can be.  And when that is reciprocated, the relationship flourishes.  It is a matter of viewing what is headed in our bulletins – together walking the road of faith.  Supporting, encouraging, nurturing each other.  That is good news, that is living faith.  And we can apply that in everything we do, not just in marriage.

The beauty of being part of a team

Would you like to hear some good news? Last week in the 2022-23 Federal Budget the government announced an additional 16,500 places for Afghan refugees. You might remember back in January Immigration Minister Alex Hawke Read more…

“G’day, Everyone! I won’t beat about the bush. After church this Sunday, come to the Open Table Lunch at the manse! We can talk about the three ships – fellowship, partnership and sportsmanship! Go ‘Relay Read more…